Promote the release of The Force Awakens by inviting fans to experience the Star Wars universe.

To promote the release of The Force Awakens, the campaign will kick off on May the 4th, a Star Wars holiday, which is three days after the release of the Avengers: Age of Ultron, another Disney property. On the 4th, The Force Lift vending machine will be installed in strategically selected movie theaters in major metropolitan cities across the United States.

The machine dispenses 3D-printed miniature Death Stars that have discount codes inside for Official Star Wars merchandise and theater concessions. All fans have to do is use the Force to raise the Death Star. While fans interact with the machine, a camera inside the machine takes and posts pictures and videos of the interactions onto Star Wars Official channels using #ForceLift.

After the physical interactions with the machine in theaters, the campaign can then shift to digital. The content posted on the Official Star Wars channels and fans’ personal channels will drive fans to Star Wars’ website where fans can redeem their codes and find out what prizes they won. For a few lucky fans, they will win two tickets to the premiere of the movie.

As excitement and anticipation for the movie reach a climax, the campaign will end with a physical installation in Times Square three weeks before the release of the movie. A full-scale replica of the X-Wing will be set up on Black Friday, and using the same principle technology used in the vending machine, fans will be able to use the Force to lift the X-Wing and receive a prize.

A few fans will win premiere tickets to The Force Awakens. Most will receive discounts on Star Wars merchandise and popcorn at the theater. But all of them will experience the magic of Star Wars.

Although using the Force to move something is exciting, I wanted to add incentive by gamifying it. This is when I thought of a Force-powered vending machine. By including a reward element, the experience extends beyond just using the Force. 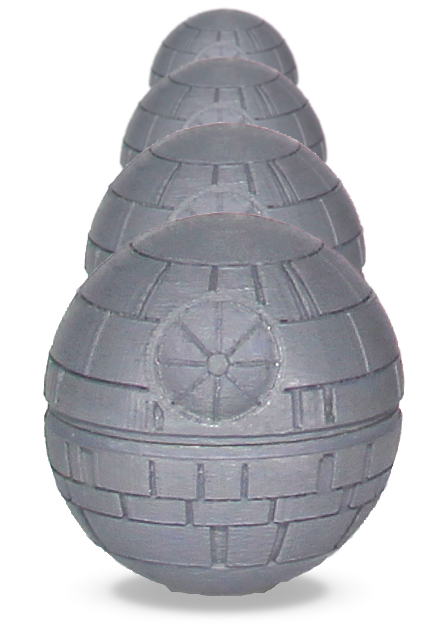 The vending machine works by having the user point his or her hand at the Death Star and concentrate on lifting it up. The hand triggers a servo inside the machine to begin lifting the Death Star, which is attached to an invisible string. Once the Death Star reaches a certain height, it drops down and the user retrieves it from the machine.

Inside the Death Star is a coupon code that the user scans with a smartphone to reveal a prize. It will either be a discount on concessions or a mystery prize. The mystery prize can be revealed on the Star Wars website. Here, the user will discover that his code is for a discount on Star Wars Official merchandise. A lucky few fans will discover that their code is for two tickets to the premiere of The Force Awakens.

Also on the site, fans can submit photos of themselves and choose to be a Jedi or a Sith. These photos will be edited to reflect their choice and can be reposted to the user’s social media channels.